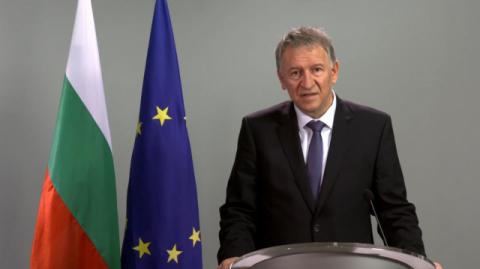 Caretaker Health Minister Stoycho Katsarov has replaced all members of the Boards of Directors of the state-owned Lozenetz Hospital and Alexandrovska University Hospital in Sofia, pending the conduct of competitions, Katsarov's Ministry said in a press release on Friday.
The new Board of Lozenetz Hospital consists of Assoc. Prof. Dr. Radosvet  Gornev, lawyer Iviyan Simeonov and Orlin Nedev.
They replace Prof. Dr Lyubomir Spassov (executive director), Dr.  Georgi Moutafov and nurse Snezhana Ranchova.
The new management designated Dr Gornev as Executive Director of the hospital and elected Simeonov Chair of the Board of
Directors.
The move comes in the wake of checks, prompted by an  investigative journalist's report, that detected an unlawful kidney transplantations scheme in which recipients from Israel, Japan, Oman and other countries were given kidneys donated by young people from Moldova and Ukraine, documented as their  relatives, between 2019 and the end of April 2021.

Under  Bulgarian law, organs from live donors can only be transplanted  to their next of kin.

Also, Lozenetz hospital claimed 238,000 BGN from the National Health Insurance Fund (NHIF) for treating over 60 outpatients as in-patients according to clinical pathways. The Fund received the money on the day the check was ordered. The dismissed  management of the hospital blamed a "technical error" and denied   allegations that the NHIF has been drained as "untenable and untrue".

EU Mulls How to Deal with Taliban

Attendance in Person at Most Universities in Bulgaria

Over Half of Bulgarians Never Do Shopping Online - Trend Polling Agency