About 100 killed in Burkina Faso in deadliest attack since 2015 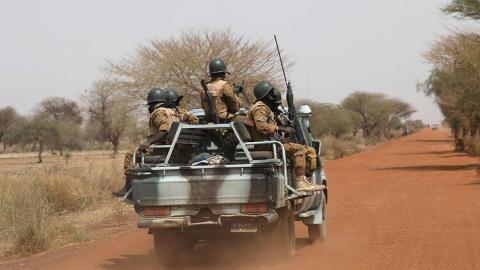 Around 100 civilians were killed overnight in the deadliest attack in Burkina Faso since jihadist violence erupted in the country in 2015, security and local sources said on June 5.

The attack occurred during the night of Friday to Saturday when "armed individuals staged an incursion" into the northern town of Solhan, a security source said.

"The toll, which is still provisional, is about 100 dead, men and woman of different ages", the source said.
The government confirmed the attack and the death toll.

Assailants struck around 2:00 am (0200 GMT) against a position of the Volunteers for the Defence of the Motherland (VDP), an anti-jihadist civilian defence force that backs the national army, before attacking homes and carrying out "executions," a local source said.

The VDP was set up in December 2019 to help Burkina's poorly-equipped military fight jihadists but it has suffered more than 200 fatalities, according to an AFP tally.

The volunteers are given two weeks' military training, and then work alongside the security forces, typically carrying out surveillance, information-gathering or escort duties.

"In addition to the heavy human toll, the worst recorded to date, homes and the market were set on fire," another security source said, voicing concern that the "still temporary toll of a hundred dead may increase."
The authorities have declared three days of national mourning, ending Monday night at 11:59 pm.

Sohlan, a small community around 15 kilometres from Sebba, the main city in Yagha province near the border with Mali, has been hit with numerous attacks in recent years.

On May 14, Defence Minister Cheriff Sy and military top brass visited Sebba to assure people that life had returned to...