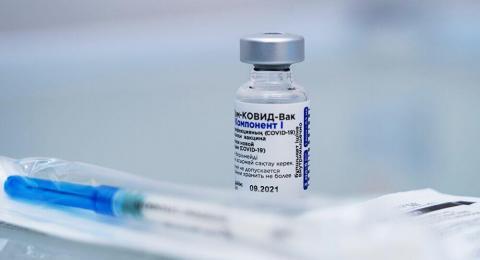 Vucic said he and Russian counterpart Vladimir Putin would watch via video link as the first vials are filled in Belgrade.
"In a few days you will have Serbian jabs that we will be able to offer to our citizens but also... around the world," he told journalists.

Four million Sputnik V jabs should be turned out over the next four to six months, officials have said.

The Russian jab has now been registered for use in more than 65 countries but has yet to be approved by the EU or U.S. health authorities.

Russian officials said Friday a European review of Sputnik V was going "according to plan" and the jab may be approved in the coming months.

Serbia bought millions of vaccine doses from Russia, China and Western firms and made a lightning start to its inoculation program, even offering jabs to foreigners at one stage.

Almost one-third of its population have now received two doses.

But since March, officials have struggled to get people into clinics, offering jabs in shopping centers and even giving cash and vouchers to those willing to be inoculated.