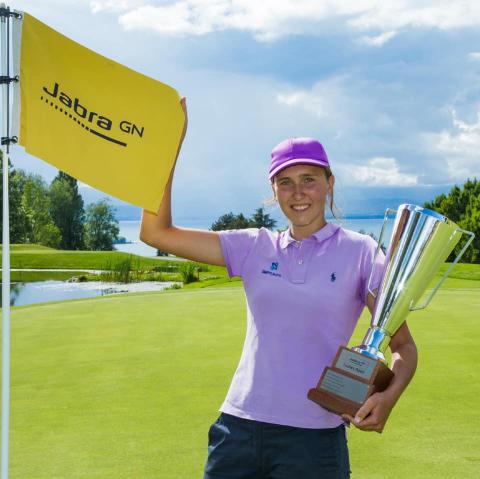 Annecy – Golfer Pia Babnik scored the first Slovenian win at the Ladies European Tour on Saturday as she won the EUR 200,000 Jabra Ladies Open tournament in the Evian Resort Golf Club in France. The win earned he a ticket for the Summer Olympics in Tokyo.

The 17-year-old, who ahead of the tournament was 457th in the world rankings, earned the win on the first hole of the extra series, beating the defending tournament winner, Annabel Dimmock of the UK.

Babnik finished the tournament with the score of -4 or 209 hits in what is a unique feat at the Ladies European Tour, as the Slovenian is the youngest participant this year of the second-tier tour for professional women gold players.

It was only her ninth appearance in the events of the Ladies European Tour, before which she scored three top-10 finishes, including the fifth place less than a month ago in South Africa.

With the fifth and first place, Babnik will earn the ranking next Monday that securer her the appearance at the Olympic tournament.