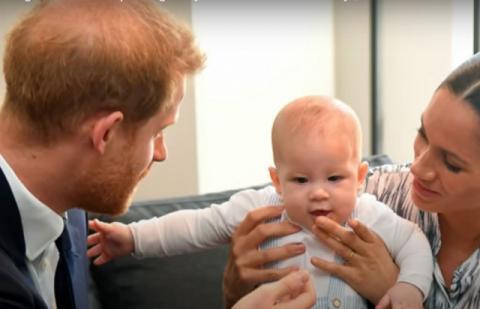 Harry and Meghan's daughter, who was born in hospital in California on Friday, weighed 7lb 11oz (3.4kg) and has been named after the family nickname for the Queen, the baby's great-grandmother. Her middle name was chosen to honour her late grandmother Diana, Princess of Wales, the couple said. The baby is the Queen's 11th great-grandchild and is eighth in line to the throne.

Both mother and child were healthy and well, a statement said, and Lilibet - a younger sister for two-year-old Archie - was "settling in at home" after her birth at Santa Barbara Cottage hospital.

Prince William and Kate's official Twitter account posted: "We are all delighted by the happy news of the arrival of baby Lili. Congratulations to Harry, Meghan and Archie."

The new baby will be entitled to be a princess and Archie a prince, both with HRH styles, after the death of the Queen and when Prince Charles, Harry's father, becomes king.

The Queen's Lilibet nickname was coined when the then Princess Elizabeth was a toddler and struggled to pronounce her name properly. The Duke of Edinburgh also called her by the nickname.