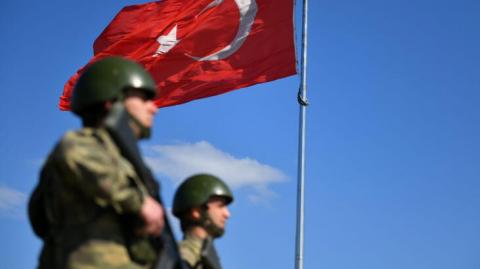 Turkish security forces nabbed a suspected YPG/PKK terrorist trying to cross into the country from Syria, said the Defense Ministry on June 5.

The ministry said on Twitter that the suspect was caught by border guards in the Suruç district of southeastern Şanlıurfa province.

The suspect was later found to be a YPG/PKK terrorist and was handed over to gendarmerie forces, it added.

In its more than 35-year terror campaign against Turkey, the PKK - listed as a terrorist organization by Turkey, the U.S., and the EU - has been responsible for the deaths of at least 40,000 people, including women, children, and infants. The YPG is its Syrian offshoot.