Brammertz: Mladic's final verdict "He sees himself as an officer carrying out orders" 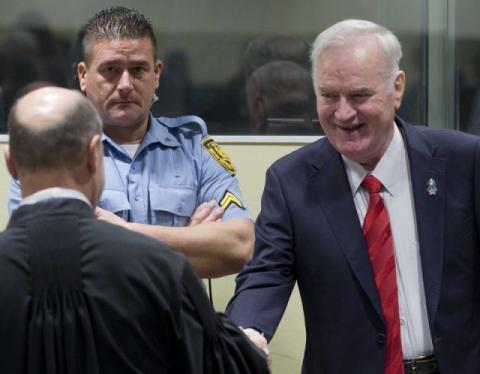 "We confronted him with 167 witnesses - they were brave people."
The final verdict against Ratko Mladic, scheduled for Tuesday (June 8th), is especially important for the victims, says Serge Brammertz, the chief prosecutor for the International Residual Mechanism for Criminal Tribunals.
In a conversation with the Munich Sddeutsche Zeitung, he described the siege of Sarajevo and the shelling of the city commanded by Mladic.
"One witness told the court how she was hit on the market, buying groceries. The bullet went through her hip and killed her child. For those parents as well as for many others, that was not the end," Brammertz said.
When asked whether he thinks that Mladic did it out of conviction or was a sadist who got his chance, the chief prosecutor pointed to the moment when the commander-in-chief of the RS Army distributed sweets to children in Srebrenica.
"He told the Muslims to surrender their weapons and that nothing would happen to them, only to order their executions shortly afterwards."
Brammertz added that Mladic sees himself as an "officer who fulfills orders" and that the rule "the end justifies the means" applied to him.
"He looked mockingly at the victims' families, threatening them with gestures and facial expressions. We confronted him with 167 witnesses - they were brave people. He never showed remorse or at least understanding for them."
Brammertz believes that one of the reasons for the big problems in the former Yugoslavia is that many nationalist politicians say after every such verdict: "It is a verdict against all of us."
Brammertz said that "there must be a stricter reaction of the international community" to the denial of the genocide in Srebrenica, which was done again these days...