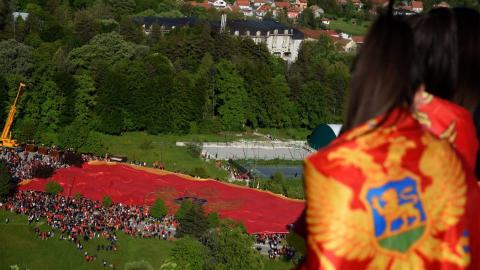 "This has contributed to the Committee's view that divides between communities may be deepening and becoming more marked. Incidents of religious discord between different Orthodox [church] communities have also been noted," the report said.

"Hate speech is criminalized, but there is little monitoring of social media by the authorities because no agency has the mandate to do so," it added.

The Council called on authorities to pay special attention to the prevention of hate speech in consultations on the new Media Law and ensure that the law addresses the problem of online hate speech.

It said the new Media Law must clearly define the responsibilities for hate speech that is published, and empower a state agency to monitor and sanction instances of hate speech online.

The European Commission's 2020 progress report on the country warned that hate speech and verbal abuse in the media and social networks have worsened. It urged the authorities to increase the capacity of the judicial system to address hate speech, and ensure that such cases are investigated, prosecuted and adequately sanctioned.

The Council of Europe called on authorities also to clarify the use of other state symbols in Montenegro.

"There is a lack of clarity surrounding the display of symbols of other states, with a law in force which prohibits such a display, which should be dealt with in forthcoming legislation. Authorities must remain vigilant to prevent divisions within Montenegrin society along ethnic and religious lines and encourage a spirit of tolerance," the report said.