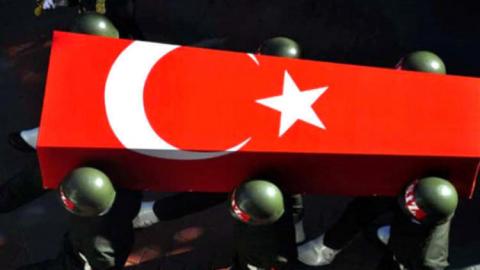 A Turkish soldier has succumbed to wounds he sustained during an anti-terror operation in northern Iraq, Turkey's Defense Ministry said on June 6.

The ministry said in a statement that Infantry Specialist Sergeant Samet Şeker was injured when he stepped on an improvised explosive during Operation Pence-Yildirim and was taken to the hospital.

The soldier could not be saved despite all the efforts of medical staff, it added.

Defense Minister Hulusi Akar conveyed his condolences in a message to Şeker's family and the Turkish nation.

Iraq gets back looted ancient artifacts from US, others