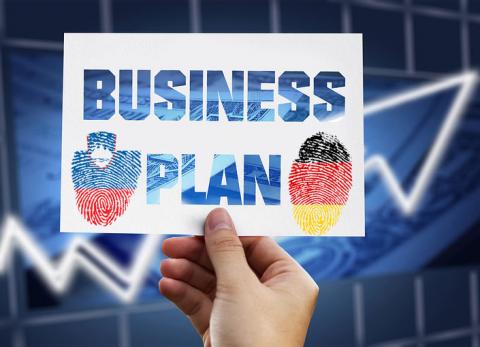 Ljubljana – Slovenia remains an attractive business location for German companies, shows this year’s survey carried out by the German chambers of commerce in 15 Central and Eastern European countries. German investors are highly interested in further investing in Slovenia, heard a press conference by the German-Slovenian Chamber of Commerce.

It is up to Slovenia to consider how to capitalise on this increased interest in investments as much as possible, the chamber noted on Tuesday.

“Economic activity in Slovenia remains high,” Tina Drolc of the chamber summed up the results of the survey. Some 47% of the participating German companies that are present in Slovenia currently assess their situation as good and 44% as satisfactory or significantly better than the general economic situation in the country.

Almost a half of the companies expect the situation to remain good this year as well and nearly 40% believe their situation will improve. Some 43% expect a growth in export sales, whereas a half of them think the amount in question will stay the same.

Almost a fifth intend to additionally boost their investments in Slovenia this year, which is roughly the same as the share of those who plan to invest less. The majority (62%) do not plan to change their initial investment plans.

Employment trends are favourable as 28% intend to recruit additional staff. Almost 60% plan to keep their current head counts and 13% to reduce their workforce, said Katja Stadler, director of the chamber’s subsidiary Deslo – AHK.

“German companies that are interested in the Slovenian market constantly turn to our chamber, we’ve noticed a major increase when it comes to this,” she said, highlighting that many of the companies wanted to employ Slovenian workers, particularly as their representatives or agents in Slovenia.

A demand for Slovenian suppliers has also significantly increased as German companies, mainly those from the industrial, machinery or automotive sectors, look for suppliers closer to home.

There is also a great demand for investments with German investors being interested in acquisitions as well as the establishment of new companies. The most attractive areas in this respect are the machinery industry, construction, information and communications technology, and science.

Nearly 80% of the companies would invest in Slovenia again, the survey indicates. When it comes to how attractive a location Slovenia is, the country, after years of ranking 5th, climbed one spot to 4th in this year’s ranking to place behind Estonia, the Czech Republic and Poland.

The scores for staff motivation, productivity and competence as well as the quality of academic education remain very high as per usual.

What is a great challenge is a lack of qualified workforce though, said the director of the chamber Gertrud Rantzen. Almost 40% of the companies are thus planning to train their staff themselves and 13% plan to recruit external experts or rely on outsourcing.

Slovenia has again ranked low when it comes to labour costs and labour law flexibility. The German companies in Slovenia are not pleased with the tax system or red tape and would like to see more political and social stability.

On the other hand, they are satisfied with the situation in research and development, and infrastructure. The accessibility and quality of local suppliers scored high as well. However, mostly due to high costs, more than 60% of the companies consider looking for suppliers also in other countries.

Henkel Maribor director Christof Vollstedt pointed out that salaries should increase according to productivity, and Simon Franko, the director of BASF branches in Slovenia, Croatia and Serbia, regards lengthy and not transparent enough bureaucratic procedures as one of the main problems.

The chamber sees the planned tax reform as a step in the right direction, but it thinks payroll burden should be further reduced.