Bulgaria’s Caretaker Health Minister: I Will Pursue My Goals with Unwavering Resolve 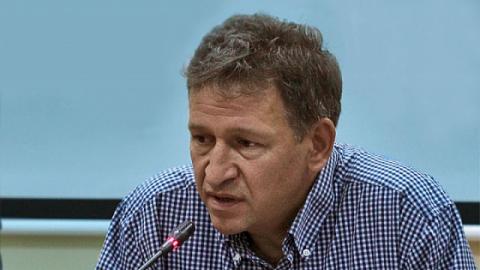 Bulgaria's caretaker Minister of Health Dr. Stoycho Katsarov came out with a statement commenting on the events of the last few days.

With regard to the former director of the National Center for Infectious and Parasitic Diseases, Prof. Todor Kantardzhiev he said there is "nothing extraordinary or heroic" about an official who retires reaching retirement age.

Commenting onthe top management reshuffles in Lozenets and Alexandrovska hospitals, Dr. Katsarov stressed that the whole community knows the reasons for these replacements. He pointed out that the law entitles the ministers, when they find serious violations, to change the managers of the medical institutions. The Minister clarified that the role of the Registry Agency is to enter these changes in the register, and its refusal to do so goes beyond Agency's legal authority.

He called on the Minister of Justice to verify the legality of the actions of the Registry Agency CEO and if he finds that the latter has exceed his powers and breached the law, to relieve him of his post.

"Those who for years have been feeding at the pubic crib doing whatever they wanted are not victims. The victims are others. The victims are over 20,000 of our compatriots who died last year as a result of the mismanagement in the health system, the outrageous management of the coronavirus crisis by Boyko Borissov and his entourage", the caretaker health minister said flat.

He is adamant that he will reveal the whole truth about the actions of the previous administration and the facts that led to the extremely high mortality in our country.

Katsarov concluded that he had no doubts about the correctness of his actions and no hesitation in continuing in the chosen course of action with unwavering...