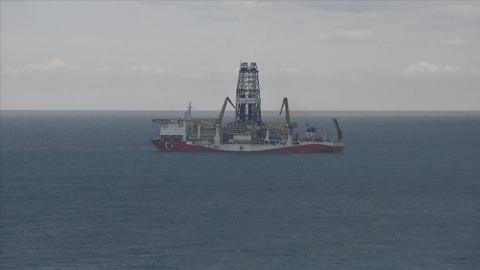 Turkey's gas discovery of 540 billion cubic meters (bcm) with a market value over $100 billion will be open for trading under the name 'Black Sea Gas Contract' in Turkey's future gas market which will launch on Oct. 1 in Istanbul, Mustafa Yılmaz, head of Turkey's Energy Market Regulatory Authority (EPDK) told Anadolu Agency on June 9.

This follows on from the biggest gas discovery in the history of the country last year with 405 bcm in the Tuna-1 well also located in the Sakarya Gas Field.

"In today's market prices, the value of the total gas discoveries is over $100 billion. Initially, 3 to 5 bcm of production per year is planned from the Black Sea by 2023 but this could increase up to 15-20 bcm annually, which would reduce Turkey's gas imports by 30% and its current account deficit as well," Yılmaz said.

One of the first step towards reaping awards from the gas discoveries will be in the establishment of a futures gas market under Turkey's energy exchange, EXIST. According to Yılmaz, this exchange will ease risks for traders and market participants by offering more trade stability than the current spot gas market.

"Market participants will be able to trade under the name 'Black Sea Gas Contract' in the future gas market that will open on Oct. 1," he said.

He added that diversified gas supplies from the Black Sea and the Trans Anatolian Natural Gas Pipeline and TurkStream pipelines will support Turkey's aim of becoming a gas trading hub and...