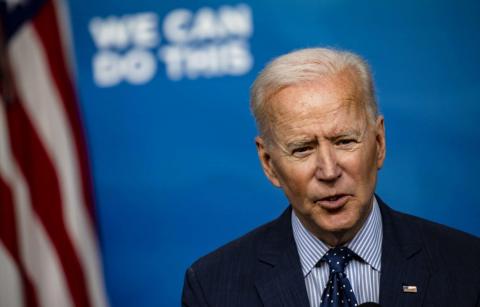 "Support for democracy in the Balkans is taking the form of challenging attempts to sow political aggression and conflict internally and between states, including attempts to challenge territorial integrity," Drilon Gashi, a Washington-based international development specialist, told BIRN.

"Regional leaders should thus see this as an added deterrent to political and economic corruption," he added.

The White House on Tuesday announced that President Joe Biden had extended an Executive Order blocking assets and suspending entry into the United States of persons allegedly contributing to the destabilization of the Western Balkans.

Biden also expanded the scope of the ban with Albania, a move that the US Ambassador to Albania, Yuri Kim, welcomed, saying: "Countering corruption is a core US national security interest."

The Executive Order was first introduced in June 2001 when former US President George Bush suspended the entry into the United States of several former guerrilla fighters in the Kosovo Liberation Army, KLA, for their alleged role in an ethnic Albanian armed insurgency in North Macedonia.

Biden justified the move, "finding that the situation in the territory of the former Socialist Federal Republic of Yugoslavia and the Republic of Albania (the Western Balkans), over the past two decades, including the undermining of post-war agreements and...