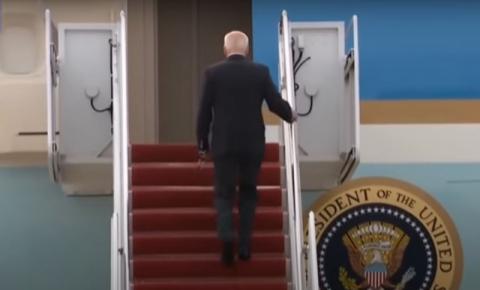 US President Joe Biden set out on his first overseas trip on Wednesday, his European trip will culminate in talks with Russian President Vladimir Putin in Geneva on June 16. Biden's Air Force One left Joint Base Andrews located just outside of Washington and headed to the UK. The US leader is expected to land at RAF Mildenhall situated around 100 kilometers away from London.

Before the meeting with Putin, Biden will take part in the G7, NATO and US-EU summits. The main goal of the Europe tour is to revive ties with Washington's allies after these relations soured under the previous US administration, the White House indicated that it expects that more predictable and stable bilateral relations could be built with Russia following the meeting between the two presidents.

Biden previously pointed out that possible better relations with Russia would be discussed at all highest-level meetings of his Europe trip.

The US administration is not pinning hopes on any major breakthroughs for Russian-American relations, which are currently at the lowest point since the end of the Cold War, as a result of the talks between Biden and Putin in Geneva. "If you are going to wait for really significant deliverables, you could be waiting for a long time, conceivably," US National Security Advisor Jake Sullivan told a White House press conference on Monday.

At the same time, he noted that cooperation between heads of the states is always indispensable, especially when relations are going through rough times, and particularly vital with Putin.

Biden claims that the US is not...