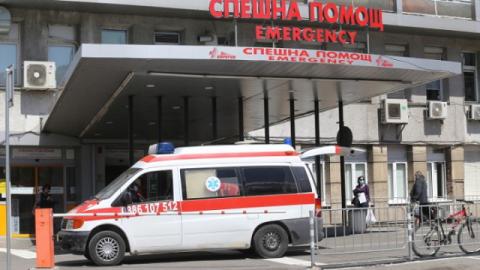 There are reports of illegal practices and inpatient fraud in Pirogov emergency hospital. The inspection is underway there, as well as in other hospitals across the country. It has nothing to do with a purge, but there are several problems in the provincial and Sofia hospitals, caretaker deputy Minister of Health Dimitar Petrov said in the studio of Nova TV. As an example of a severe breaches, he pointed to hematology clinic - the national specialized hospital for active treatment of hematological diseases.

In Petrov's words, there is no doubt that the Health Minister  (former minister Kostadin Angelov) was aware of transplants at Lozenets Hospital, which raise serious suspicions of having been carried out criminally. The Medical Supervision Agency has referred these cases to the State Agency for National Security (DANS) and the Health Minister. The DANS forwarded the information to the General Directorate for Organized Crime Control (GDBOP).

The lawsuit on these illegal transplants lasted about a year and a half. For the previous period - when Lozenets was a government hospital - there was no data, since at the time the health facility was "like a black hole", where neither the Ministry of Health nor medical supervision had access and control. The VIP hospital dealt only with the National Health Insurance Fund (NHIF).

Information about a donor who died has appeared in Ukrainian newspapers. Verification of these signals is also carried out, Petrov said.