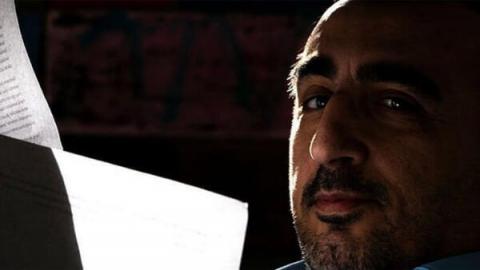 Renowned Turkish cartoonist and scriptwriter Kaan Ertem died on June 8 at the age of 53 at his home in Istanbul.

"We lost our friend and beloved Kaan Ertem. Our condolences to his family, fans, readers and the world of humor," said a statement by LeMan, a Turkish satire magazine where the cartoonist worked for many years.

"May our dear master rest in heaven," said Cem Yılmaz, a famous actor and comedian, stressing that Ertem's death was a very early loss.

"Kaan Ertem was a great cartoonist. He was amazingly ahead of his time," said Deniz Tuncer, a Turkish musician.

"Even today, you can show me one of his works from 25 years ago and I'd start laughing before I even read the cartoon," he added.

A career spanning almost four decades bolstered Ertem as one of the country's most enduring cartoonists, especially in the 1990s, when cartoon magazines achieved large circulations across the country.

Ertem, whose first cartoon was published in the Bulvar newspaper in 1983, started working in Limon, LeMan and L-Manyak magazines, respectively.

In many of the characters and titles he created, humans from almost all walks of Turkish society were depicted.

Being the creator of characters such as Erdener Abi (Older Brother Erdener) and Ezik Şarkıcı Altuğ (Loser Singer Altuğ), Ertem mainly focused on the lives and perspectives of people stuck in the city life in his cartoons and comics stories.

He was laid to rest on June 9 in a ceremony held in Istanbul's Küçükyalı cemetery with limited attendance due COVID-19 measures.