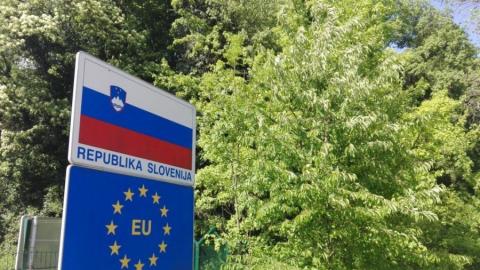 Ljubljana – The government has changed the list of countries and territories placed in the red zone in terms of the Covid-19 epidemic to exclude, among others, the Croatian Adriatic area, Germany and the Czech Republic. The relevant decree adopted on Thursday will enter into force on Saturday and be valid until 20 June

The changes also include Turkey being moved from the dark red list to the red list, the Government Communication Office said.

Also deleted from the red list are Switzerland, the Vatican, the Austrian state of Tyrol, Cyprus, Luxembourg, Poland, Slovakia, Bosnia-Herzegovina, Montenegro and Serbia. The Portuguese territory of the Azores have meanwhile been red-listed.

As of Saturday, border crossing in air traffic within the EU and Schengen Area is also possible outside the three check-points determined for international traffic.

The areas not put on the red and dark red list are considered as having no high risk of novel coronavirus infection.

Persons coming from such areas to Slovenia may enter the country without being ordered to quarantine at home if they prove that they had continuously resided there for at least five days before entering Slovenia.