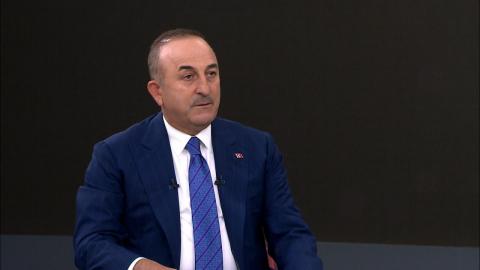 Ankara sees that the U.S. has a will to work with Turkey on many strategic areas, Çavuşoğlu said in an interview with the public broadcaster TRT.

The U.S. wants to cooperate with Turkey not only on Libya and Syria but also in many other areas, including the Mediterranean, the Black Sea and the Caucasus regions, the minister stated.

But meanwhile, there are "ongoing problems" with the U.S., such as the S-400s, the sanctions on Ankara due to the Russian made defense systems, the U.S.'s attitude toward FETÖ, and the support Washington provides to the YPG group, he emphasized.

"On the one hand how will we resolve these problems? On the other hand, will we be able to strengthen these relations while we are restoring these ties?" he asked.

The cooperation is not easy with Washington as long as the problematic areas persist there, Çavuşoğlu stated.

He recalled a position paper delivered to the U.S. Secretary of State for the steps to be taken on bilateral relations and Washington said it is working on the paper.

A face-to-face meeting between the two leaders is scheduled to take place on the sidelines of a NATO summit in Brussels on June 14.