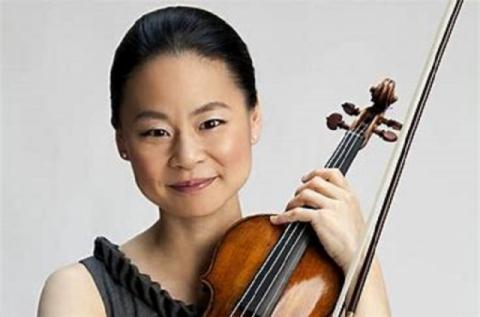 A Grammy-winner and a favourite of legendary conductor Zubin Mehta, the world-renowned violinist Midori is set to give a concert with the Sofia Philharmonic on 13 June. Under the baton of Maestro Nayden Todorov, she will perform Sergei Prokofiev's Violin Concerto No. 1.

The evening's programme will also include the world premiere of Seb Skelly's A Suite for Brass and Percussion, with soloists from the Sofia Philharmonic's brass section, as well as the fiery Romanian Folk Dances by Bela Bartok. This is Midori's second collaboration with Maestro Nayden Todorov after they both participated in a concert with the Borusan Istanbul Philharmonic Orchestra in November 2020.

Midori rose to prominence at the age of 11, when Zubin Mehta invited her to take part in the New Year's Eve concert of the New York Philharmonic. Aged 14, she did her first ever recording, under the conduction of Pinchas Zukerman. Since then Midori has been among the world's most revered violinists, while her concerts have become long-anticipated events for music fans.

Midori regularly transfixes audiences around the world, bringing together graceful precision and intimate expression. She has performed with, among others, the London, Chicago and San Francisco Symphony Orchestras, the Berlin and Vienna Philharmonics and the Mahler Chamber Orchestra. She has collaborated with such outstanding musicians as Claudio Abbado, Emanuel Ax, Leonard Bernstein, Christoph Eschenbach, Daniel Harding, Paavo Järvi, Mariss Jansons, Yo-Yo Ma, etc.

Midori won a Grammy Award for her recording of Hindemith's Violin Concerto with Christoph Eschenbach conducting the NDR Symphony Orchestra.