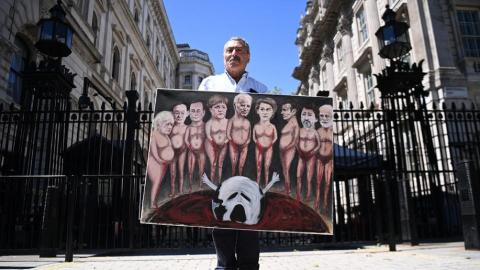 The G7, which is holding its annual summit this weekend in a Cornish resort in the UK, gave the effort a boost last week when it issued a joint statement on how revamping the global corporate tax structure should proceed. But Hungarian Prime Minister Viktor Orban this week called the idea "absurd" and said he would not support it.

The G7 agreement is part of a wider process led by the OECD, which is coordinating negotiations among 140 countries on taxing cross-border digital services and curbing tax base erosion, including a global minimum corporate tax rate. The regulations would target mostly technology multinationals like Facebook and Google, which have mastered the art of tax avoidance over the last two decades.

The first "pillar" of the agreement would make multinationals with over a 10% profit margin pay taxes where the value-added is created, i.e. in each country where they sell their goods and services. The second "pillar" - which was easier to agree on - is about establishing a global minimum corporate tax rate, set at a proposed 15 per cent, to avoid countries undercutting each other in a tax race towards the bottom.

The G7 agreement would form the basis for a worldwide accord and a final deal with the OECD and G20 should be reached by mid-summer. But there will be further sparring in the background in the weeks ahead: while relatively well-off countries will be hoping to see billions more pour into their budget coffers to mitigate the economic effects of the COVID-19 pandemic, low-tax countries like Hungary and Ireland will surely ask for something in return.

"I consider it absurd that any world organisation should assert the right to say what taxes Hungary can levy and what taxes it cannot," Orban said on Wednesday at a...