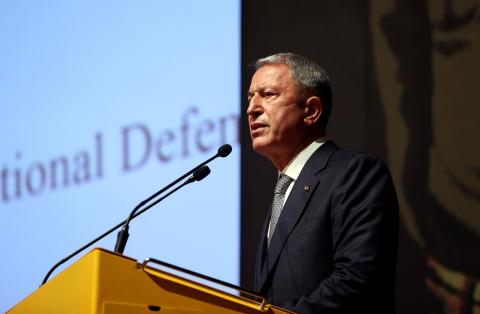 Turkey is putting NATO at the center of its security while sharing all of its values and burden, the Turkish defense minister has said just a few days before the NATO leaders' summit, recalling that the Turkish army ranks atop in terms of force contribution to the alliance's missions.

"By sharing the burden and all the values of the alliance, Turkey is putting NATO at the center of its own security and at the same time is at the center of NATO's security," Defense Minister Hulusi Akar said at the opening of NATO's Maritime Security Center of Excellence in Istanbul on June 11.

"As you know, this is a NATO Summit, and we as NATO members will primarily discuss what we did, what we are doing, and what we will do in the future," Erdoğan told reporters in Istanbul on June 11. "As for the meeting with President Biden, we will find the chance to raise our bilateral relations," he said.

Informing that his meeting with Biden will take place after the end of the NATO Summit on late June 14 and that he will depart to Azerbaijan from Belgium, Erdoğan said he would meet Azerbaijan President Ilham Aliyev in the province of Shusha where the two men will sign a comprehensive bilateral agreement.

Speaking about the summit in Brussels, Akar stressed, "We as Turkey believe that NATO is...