‘No Progress’ in 20-Year-Old Case of Murdered Serbian Journalist 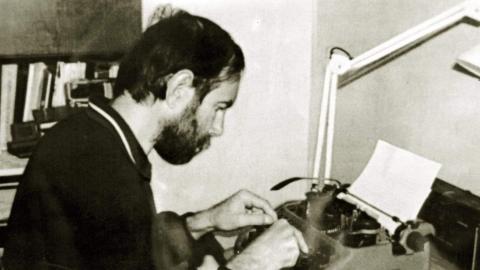 The author was Milan Pantic, the paper's correspondent in the town of Jagodina, some 130 kilometres south of the capital, Belgrade, and from where Pantic wrote regularly about the crossover between privatisation and corruption.

But by the time most Novosti readers had reached his story, Pantic was dead, gunned down that morning outside his apartment building on his way back from the local shop. He was 47 years old.

"We are standing still and making no progress," said journalist Veran Matic, chairman of a commission created in 2012 to investigate a string of unresolved murders under the rule of late Serbian strongman Slobodan Milosevic and, in the case of Pantic, immediately after it.

"If I could, I would gladly tell you the names of all actors, but I still hope that a solution will be found for the case to be resolved," Matic said ahead of the 20th anniversary of Pantic's death.

Pantic died exactly eight months after Milosevic's ouster, when a disparate coalition of reformers, nationalists and opportunists was wrestling with the legacy of a decade of war, sanctions and organised crime.

Matic, who co-founded the iconic Belgrade radio station B92 as a voice of resistance to Milosevic's policies and became a fierce champion of media freedom, has traced Pantic's killing to his coverage of the privatisation of the Novi Popovac cement factory in the Morava basin town of Paracin.

Matic, in his statement, said that what Pantic "wrote and what he would have written" about the sale had cost him his life.