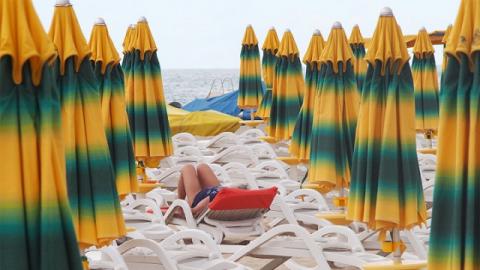 Russian tourists, it seems, will be avoiding beaches in Greece and Bulgaria this year. Our take is that the epidemiological situation surely cannot be the excuse and that the Kremlin has decided which countries to reward with tourists and which to punish.

And the numbers are not negligible. In 2019, Greece received more than 500,000 Russian tourists. In Bulgaria, the official figure for the same year was 450,116. Last year, a COVID nightmare everywhere, doesn't really count.

But, while vaccination has now rapidly progressed and the epidemiological situation has greatly improved, the number of Russian tourists in Bulgaria and Greece remains extremely low.

Here, it is important to add that their arrivals mostly depend on the availability of relatively cheap charter flights, and therein is the rub.

In the case of Greece, EURACTIV obtained a letter sent in April by Russia's ministry of transport to the Greek civil aviation authority refusing a Greek request to allow its two main airlines, Aegean and Ellinair, to fly between the two countries.

In the case of Bulgaria, there are essentially no Russian holidaymakers this year, after the Russian tour operator TEZ cancelled all charter flights to Burgas and Varna for the summer.

Stopping the flows of hundreds of thousands of tourists is as simple as that. We saw the same scenario after the downing of a Russian military jet by Turkey in 2015, when the flow of Russian tourists was suddenly diverted from Turkey to Egypt.

Now the downed jet is forgotten, Putin and Erdogan are friends, and Russian tourists are flocking to Turkey, where the epidemiological situation, by the way, is significantly worse than in Bulgaria and worse than in Greece.

Egypt bets on ancient finds to pull tourism out of pandemic