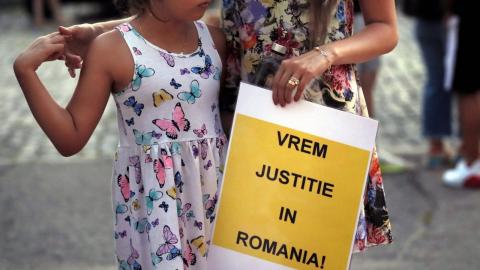 Romanian police on Thursday arrested the mayor of the Stefanestii de Jos municipality, Robert Stefan, on charges of having sex with a minor.

Judicial sources quoted by the media said the events happened in early 2018, after two individuals allegedly handed the 12-year-old victim to the mayor while he was attending a party.

The child had allegedly already been beaten and raped by the two other suspects, who have also been arrested alongside the mayor, sources said. Investigators are working to establish who impregnated the victim.

The case came to the attention of police after the minor gave birth at a Bucharest clinic in 2018, but no arrests were made until now.

Several NGOs and international reports compiled by the US government, the European Commission and a group of experts of the Council of Europe have drawn attention recently to the prevalence of child trafficking and sexual exploitation of minors in Romania.

Published on 3 June this year, the Council of Europe's evaluation said that 74 per cent of the more than 2,600 victims of human trafficking in Romania between 2016 and 2019 were female and nearly half were children. NGOs believe human trafficking is heavily underreported in Romania.

"Sexual exploitation remained the most common purpose of trafficking in the reporting period, followed by labour exploitation," the CoE report added.

On June 3, the parliament passed a law removing the statute of limitations for a number of these crimes, including rape and sex with minors.

However, NGOs and international organisations are pushing Romania to...