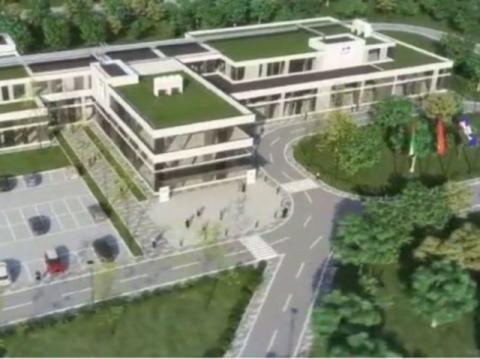 The factory, in which "Sinopharm" vaccines will be packaged first, and later produced, will be a joint investment of Serbia, China and the United Arab Emirates. A plant for the production of PCR tests is also planned, the Municipality of Zemun announced.
The planned monthly production is two million doses of vaccine per month. For the factory that will be built according to the "turn-key" system, the Serbian side will provide land and infrastructure.
After obtaining the technical documentation, equipping the location as a whole 1-Block 11a within the Detailed Regulation Plan for the area of the economic zone "Highway" in New Belgrade, Zemun and Surcin will be entrusted to the Belgrade Road Institute, as the most favorable bidder, whose work will be paid 61.78 million dinars without VAT.
The decision of the Government of Serbia on the construction of this strategically important factory emphasizes that the investment is a priority in the fight against COVID-19.
Communal equipping of plot 946/5 in Zemun Polje implies the solution of property and legal issues, the preparation of technical documentation, which is scheduled for October 25, and the construction of access roads, in an urgent procedure.
This complete greenfield investment will provide sufficient quantities of Chinese "Sinopharm" vaccine not only for Serbia, but also for the region.