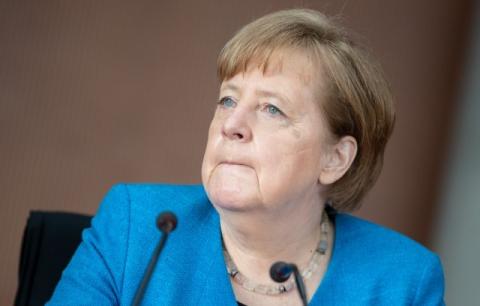 For the first time, Joseph Biden is participating as the U.S. President.
"We can do it. 'Wir schaffen das!', I think is the phrase. Clearly!", said Boris Johnson in 2019, alluding to the chancellor's saying from 2015.
The eccentric Briton was then the first guest in his capacity as prime minister as a guest of the government in Berlin, where he was welcomed by Angela Merkel.
Today the situation is reversed. Among her colleagues from the G7, Angela Merkel is attending the meeting for the last time. And he, the Briton, is now the host of the G7 summit in Cornwall, which is attended by the "long-term" German chancellor.
"I am one of those who can express very clearly what they want," Merkel said at one of the numerous G7 summits. In the meantime, everyone understood that or they had to accept it with great difficulty. This is her 15th G7 Summit.
German chancellor saw a lot and survived politically: Berlusconi, Sarkozy and Trump. Everyone come - and gone. She was the only one left.

The Chairman of the Munich Security Conference, Wolfgang Ischinger, once said: "The Chancellor is a benchmark for building trust, giving the Chancellor her sincere compliment. "Predictable. Reliable!", and that doesn't apply to every participant in important conferences.
"I have never seen a head of government who constantly questions the decisions of his predecessor," Chancellor Merkel said at the 2008 G8 summit in Japan.

But everything has changed since Trump. Ischinger calls it a turning point in German-American relations, because until Trump's arrival, it didn't matter to Germany whether there was a Democrat or a Republican in the White House.