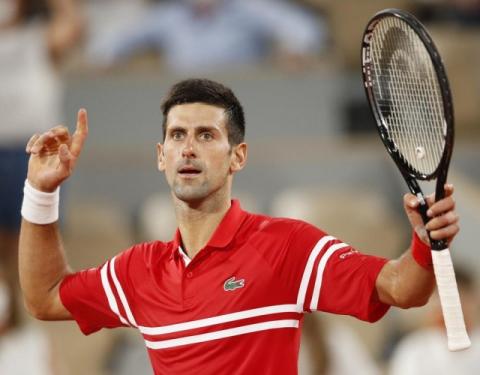 The victory in four sets over the eternal rival Rafa Nadal will be talked about for a long time, and the most important thing is that Novak is in the new final and that he will fight for the 19th Grand Slam on Sunday.
In a conversation with journalists, Djokovic managed to classify where this match was ranked in his career.
"Definitely the greatest match I've played at Roland Garros and in the top three I've played in my career, considering the quality of tennis, that I played with the biggest rival on the court and that he has had so much success here, he has been dominant here for the last 15 or more years. The atmosphere was electrified, for both players, strong support. Great. I'm happy there was no curfew at 11 p.m. I heard there was a special decision, so they let them stay. This is a night I will remember for a long time", Novak acknowledged.
He said he was not nervous at the start.
"Although I didn't have a great start, I wasn't nervous because I felt like I was hitting the ball well. It was all about adjusting to his balls which are different from anyone else's. The amount of spin playing from the forehand angle is amazing. Still, I was ready. I felt mentally good, I was motivated, I had a clear game plan and tactics, everything I needed to play better than in last year's final. The beginning was reminiscent of that final but I went back to the first set. Although I lost it, at those 3: 6 I found my game. I started with a break in the second and then it started nicely. I found the service after the break in the fourth set. In general, the service was not a strong weapon for me tonight. I was hoping to have a little more easy points or at least an easier shot after the first serve, but that wasn't happening until the fourth set....