The data for this year’s recovery are changing 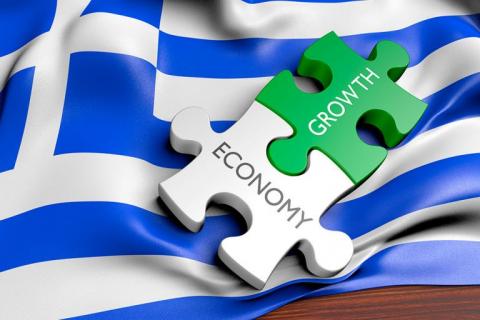 The forecasts of the government's financial staff for the growth rate that the Greek economy will achieve this year are returning back to 4.8%.

A series of indicators come to show that the Greek economy is regaining its pulse. ELSTAT announced an increase in industrial production by 22.5% in April compared to April 2020, which shows that a new dynamic is developing.

However, the Foundation for Economic & Industrial Research (IOBE) in its report showed a jump in the economic climate index to a high of 14 months in May and notes that "the lifting of travel restrictions, the restart in important parts of the economy, the prospect of starting the tourist season, even if not reflected in terms of international traffic, as well as the escalating vaccination process, form a much more positive general climate in the country, compared to previous months.

The recovery in investment and business activity led to a positive surprise for the GDP in the first quarter, contributing to the upward revision of annual growth estimates to + 5.7% in 2021, say Ethniki Bank analysts, in a study.

The quarterly growth ranks among the three...