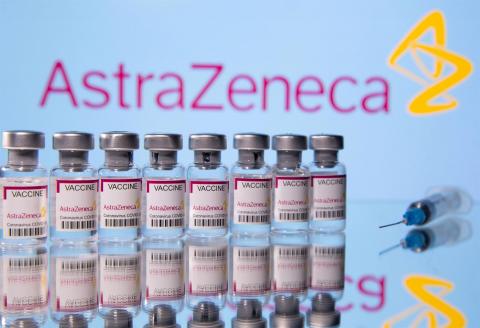 A top official in the European Medicines Agency said it might be worth abandoning AstraZeneca's coronavirus vaccine for all age groups where alternatives are available, in an interview published on June 13.

Marco Cavaleri, the EMA's head of vaccine strategy, also told Italy's La Stampa newspaper that the Johnson & Johnson jab should be preferentially used for the over 60s.

Both so-called viral vector vaccines are authorized for everyone over 18 but have been dogged by reports of rare blood clots. The EU has also authorized two mRNA vaccines, Pfizer/BioNTech and Moderna.

Italy on June 12 restricted AstraZeneca vaccines to people aged 60 and over following concerns about the heightened health risks for younger people.

Asked if it would not be better to ban AstraZeneca including for the over 60s, Cavaleri said: "Yes, and it is an option that many countries, such as France and Germany, are considering in the light of the increased availability of mRNA vaccines.

"However, incidents were very rare and after the first dose. It is true that there is less data on the second dose, but in the United Kingdom it (the vaccination programme) is going well."

He added: "Among young people the risks of illness decrease, and the message for them could be to use preferentially the mRNA vaccines, but the choice is left to individual states."

He noted the single-shot Johnson & Johnson vaccine has "fewer problems than AstraZeneca" while noting it had been less widely used.

"With one dose it is useful for some categories that are difficult to reach, but it remains an adenovirus (vaccine) and it is preferable to reserve it for the over 60s," he said.

In a brief statement on Twitter later, the EMA said: "Misinformation is...