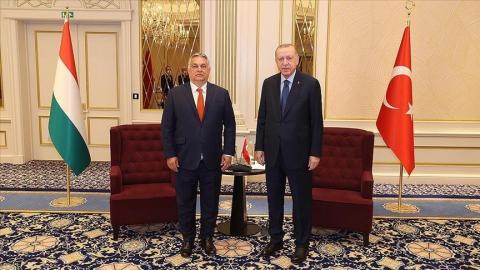 Turkish President Recep Tayyip Erdoğan on June 13 met with the leaders of NATO member countries in Brussels as part of his bilateral talks ahead of Monday's alliance summit.

Erdoğan arrived Sunday in Brussels to attend the summit, a meeting held with the participation of the leaders of alliance member countries.

Leaders of NATO countries at the summit will discuss the path that the military alliance will follow over the next decade in the face of challenges such as China, Russia, and cyber threats.

The leaders will gather at NATO headquarters in Brussels for the first time since 2018.

Ancient Romanian Gold Mine Given UNESCO Protection
Rosia Montana on World Heritage List - Miculescu: We will try to get more wins

Undiscovered data on COVID-19 could have saved millions of lives: "World had to know"