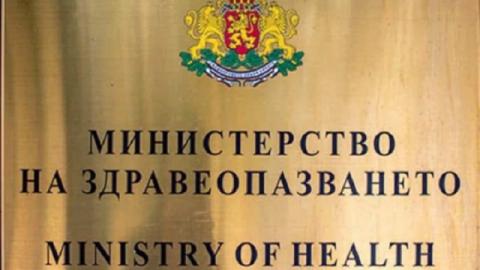 "At this point the inspections of the previous management of the Ministry of Health found numerous violations and flagrant cases of one-person decision-making for the conclusion of multimillion-dollar contracts by Deputy Minister Zheni Nacheva." This was announced by caretaker Deputy Minister of Health Dimitar Petrov in the studio of "Bulgaria in the Morning".

The Inspectorate's probe is going on.

"Preliminary data show that contracts for respirators, personal protective equipment were concluded directly with Chinese and South Korean companies, without coordination. With only her own signature Deputy Minister Zheni Nacheva forwarded these contracts to the Minister who submitted them to the Council of Ministers and the decisions were sent back for concluding a contract", explained Deputy Health Minister.

He added that there was evidence of poor quality things being bought as part of the respirators. In some contracts, there were no clauses for defaults, there were overdue deliveries and unnecessary things like "chloroquine" were bought from China. Our country has had sufficient amounts of donations, and the bought things are now kept in storage facilities and are not used. Their date is likely to expire.

"Whether it is about abuse - this will establish the investigators.Probably the results will  be sent to the prosecutor's office. The orders that were made in this period are worthover BGN 100 million. Some of them, from 2021, have been made in a relatively normal way", Dimitar Petrov told Bulgaria On Air

He added that a check by the General Directorate for Organized Crime Control is also being carried out on the same subject.

"We cannot check everything within three months, we check the hospitals for which there are many...