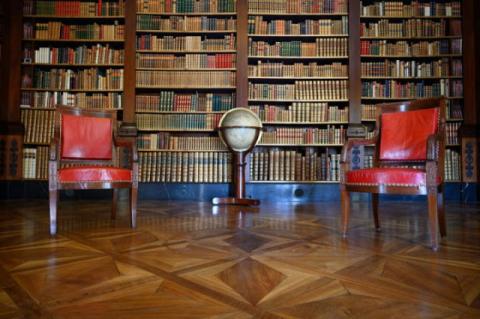 The Villa La Grange, set in Geneva's biggest park which slopes down to the shore, is well used to hosting showpiece events -- but the Biden-Putin talks will rank as the most high-powered of them all.

The mansion, spruced up for the occasion, has played a part in landmark international agreements before, notably the first Geneva Convention.

And words said on its lawns by a former world leader resonate today ahead of the US-Russia summit.

"We can establish an even deeper and more effective relationship," said pope Paul VI in 1969.

Addressing a crowd of 70,000 in front of the villa, the pontiff evoked the opposing forces of love and hate and called for "generous peacemakers".

The setting is spectacular.

Views from the three-storey classical mansion sweep down over the Parc de La Grange, across Lake Geneva towards the United Nations and the Jura mountains beyond.

The villa has been a whirlwind of activity in preparation for the summit, with vehicles scurrying in and out of the park.

The paint has been touched up and the chandeliers polished, while antique furniture has been rearranged to make way for the two presidents.

The scene is set in the showpiece library: two wooden armchairs clad in red leather have been set either side of a globe, against a backdrop of brown and gold tones.

In the immaculately-manicured gardens, new turf has been rolled out...