How Piraeus will become the largest transportation hub in Greece 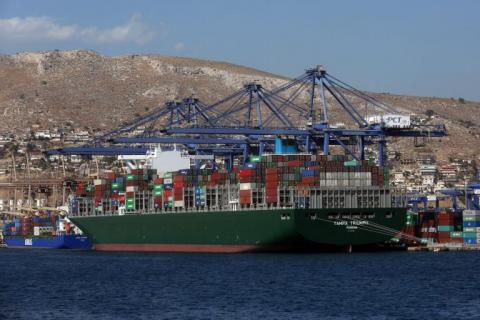 In July, if everything goes smoothly, the tram will start operating in Piraeus. The project, which has faced a number of obstacles, most recently with the delay of the works in the Faliriko Delta, in which it got "stuck" more than a year ago and the dilapidated listed building on Homeridos Skylitsis street, enters the final stretch. Thus, it will be the first step to solve the biggest problem of the city, which is none other than traffic.

With the delivery of all three stations of the extension of Line 3, in the summer of 2022, Piraeus will officially become the largest transport and logistics hub in the country. Having in the heart of its activity, of course, the largest port in the country, Piraeus will be connected within 50 minutes with "Eleftherios Venizelos" airport, it will be connected with Lines 1 and 3 of the metro, but also with the suburban railway, which puts  to the railway.

Thus, the port is connected to the Thriasio Pedio, where the two major Logistics centers, Thriasio I and II, will be developed, by the Ministry of Infrastructure and Transport, with the submission of the Environmental Impact Study for approval. Interested groups will then be invited to submit their binding bids for the € 350 million project. The construction of the project will take 5 years.

The tram again on the rails

In the final stretch it seems that the solution has been found regarding the last obstacle for the commercial operation of the tram in Piraeus. This is the collapsing listed building on Omiridou Skylitsi Street that "threatens" the tramway lines. The building was hit by the earthquake in the summer of 2019, then caught fire twice in 15 months, with the result that a large part of it has already collapsed.

The next act will be played...