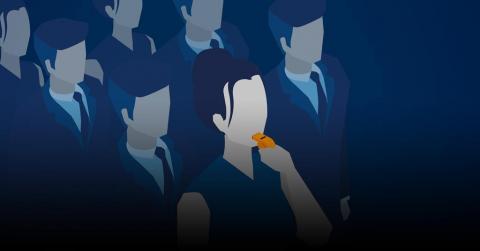 Ljubljana – The implementation of the EU directive on the protection of whistleblowers is extremely important for the fight against corruption, agreed participants of Tuesday’s round table debate on whistleblowers hosted by the British-Slovenian Chamber of Commerce.

Public Administration Minister Boštjan Koritnik noted that in Slovenia the protection of whistleblowers had been regulated by law since 2011 with the integrity and prevention of corruption act.

Thus, every citizen can report corruption in a state body or local community or among public office holders or any other people to relevant authorities, he said.

But the arrangement that the EU directive envisages is wider, the minister stressed. The document sets the minimum standards of protection of whistleblowers in the public and private sectors that are to be adopted in all EU countries. Its goal is to protect those reporting corruption, prevent retaliation and provide them with legal protection.

EU countries have until December to implement the directive. According to Koritnik, the Justice Ministry is working intensively to have a draft legislative proposal enter public debate this summer.

The part of the directive referring to the public sector is already included in the integrity and prevention of corruption act, while the part concerning the private sector is yet to be transposed, the minister explained.

John Wilkinson from auditor Ernst & Young said one of the reasons for the EU directive had been different arrangements in different countries, whereas in some countries the protection of whistleblowers had not been the key point.

The EU loses between five and ten billion euros to corruption in public procurement every year, which does not include the private sector, he warned.

State prosecutor Iztok Krumpak said that whistleblowers were crucial for breaking into the closed circle of corruption. He said he never questioned the motives of whistleblowers. But usually reports are a result of disputes over money or deals, he said.

Janja Skamlič from Ernst & Young stressed that the protection of whistleblowers needed to be systematic so that someone who reports corruption knew what they could expect. She believes the EU directive would provide just that.

Rok Praprotnik from the NLB bank said that the fight against corruption had been arranged systematically for a while, but that the problem were the people working in this field.

If these people are not professional enough and do not have the right attitude and values, then potential whistleblowers will not trust them. If the person who takes over a case and deals with it will not do everything to protect the whistleblower, the system will not be successful, he said.