"No solution in Geneva" 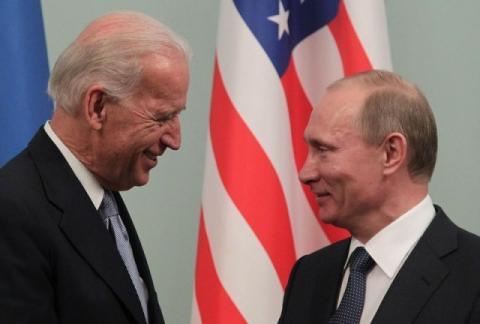 Milan Krsti from the Faculty of Political Sciences made this statement, adding that one should not expect that in today's talks between the two leaders in Geneva, the burning issues in the relations between the two countries will be resolved.
"The most important thing is that the two presidents will talk today. When there are tense situations in the relations between the two sides, the conversation, that is, the re-establishment of the dialogue, is a positive step," says Krstic.
He adds that it can be expected that in the talks between Biden and Putin, certain issues will be raised from the zero point in which it is possible to reach an agreement, such as, as he says, the situation in Ukraine, as well as the situation in Georgia and the Middle East.
"There are also topics in which Russia and the United States are actually cooperating all the time, such as nuclear weapons, but also conventional ones, considering that the two countries extended the START agreement on nuclear weapons control at the beginning of the year," Krstic said.
However, he does not expect that the issue of the state of human rights in Russia or the alleged interference of Russia in the American elections will be on the agenda "on a serious level".
"It can be mentioned, but essentially there will be no negotiations because Russia will not negotiate about it, just as the United States will not negotiate about its key interests," Krstic said.
For Washington, he points out, one of the key issues is Russia's behavior in Ukraine and Georgia, while, as he says, it is important for Moscow how the political West, i.e. the United States and their allies, will approach Russia in the future.
Krstic reminds that on the "eve" of the meeting with Biden, Putin in an...

Vučić: They're putting extra pressure on Serbia, but we do not give up

Brnabic and Selakovic at the General Session of the United Nations

Vučić: "I hope we will not have to take countermeasures, as that won't be good" VIDEO

Tensions in Kosovo and Metohija have heated up; "I will inform the public soon" PHOTO