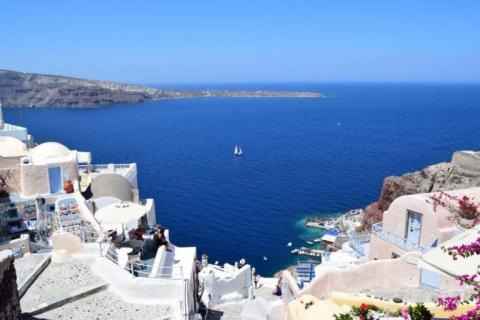 The Association of Greek Tourism Enterprises (SETE) is sending a danger signal for the hotels of continuous operation, but also the tourist units in urban and mountainous destinations as these companies are losing the support of the COOPERATION (SYN-ERGASIA) program.

In particular, as SETE points out in their letter to the co-responsible Ministers Christos Staikouras, Minister of Finance, Kostis Hatzidakis, Minister of Labor and Social Affairs and Theodoros Skylakakis, Deputy Minister of Finance, in the amendment tabled last Friday, that the provision to cover all employer contributions exists only for seasonally operated tourist accommodations and road transport companies and specifically for their seasonal staff with the right of mandatory re-employment.

With this decision, a large number of tourism companies are deprived of the only measure that would help them to operate in the coming months.

SETE also emphasizes that the continuously operating tourism enterprises, which have never been closed by state order after June 1, 2020, are obliged from July 1, when it was announced that the measure of suspension of employment contracts will end, to continue operating with dubious income, without the absolutely necessary safety net for the protection of the subsidized contributions of SYN-ERASIA, at least for the part of the staff that will join it.

These are companies that have already completed 14 months without, or with minimal, business. The vast majority of them lost more than 70% of their turnover in 2020 and are still underperforming today, and it is unknown if and when they will actually reopen - for businesses in mountain destinations and urban centers this will probably not happen before September.