Biden sends congratulations to Pahor ahead of Statehood Day 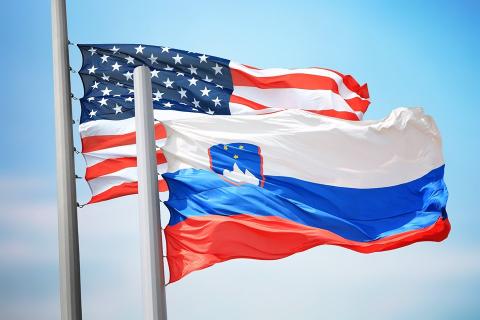 Since it gained independence 30 years ago, Slovenia has been a leading promoter of regional security and inclusion of the Western Balkans into Euro-Atlantic institutions, Biden said, adding that with its committent to NATO and peace missions the country had been contributing to peace and security around the world.

He stressed the importance of the fact that the 30th anniversary of Slovenia’s independence coincided with Slovenia’s second stint at the helm of the Council of the EU.

Biden sees this as an extraordinary opportunity for Slovenia to contribute to the EU’s resilience to health crises and cyber attacks.

It is also an opportunity to additionally highlight Europe’s committent to human rights and the rule of law, and strengthen the EU membership prospects of the neighbouring Western Balkan region, he added.

The US president also said that the shared democratic values, family ties and friendship were a strong foundation of the Slovenian-American friendship.

This friendship and partnership will continue to be strengthened with economic cooperation, investment, energy cooperation and technological innovation, Biden was quoted as saying by Pahor’s office.

He added the US was looking forward to future cooperation with Slovenia as an ally within NATO and a strategic partner in the promotion of stability and progress in a Europe whole, free and at peace.

The post Biden sends congratulations to Pahor ahead of Statehood Day appeared first on Slovenia Times.