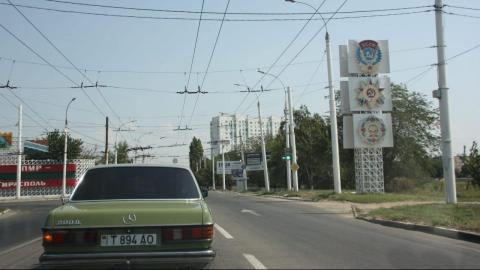 Russian deputies have condemned the joint decision of Moldova and Ukraine to compel all vehicles in the breakaway Moldovan region of Transnistria to re-register with "neutral" platers if they want to cross into Ukraine through the Cuciurgan customs point from September 1, 2021.

"The State Duma condemns the use of blockade and restrictive measures against Transnistria and declares the need to quickly unblock the negotiation process to resolve the Moldovan-Transnistrian conflict at all levels," deputies from the governing United Russia party said in a statement.

"It should be clear to everyone that the Russian Federation, as the guarantor of the settlement of the Transnistrian conflict … will not allow its citizens and compatriots to be brought to their knees," the deputies assure.Moldova and Ukraine have not not responded so far to the Russian statement.

Breakaway Transnistria is a de facto Russian-controlled enclave that has been out of Moldova's control since the "Dniester War" of 1992, which led to a "frozen conflict" now being negotiated in an international format.

Moscow's reaction came after Moldova and Ukraine announced in February that, from September 1, drivers in the region must exchange their Transnistrian license plates for "neutral" ones also containing the sticker "MD", short for Moldova, if they want to cross the state border.

These neutral plates have been used for Transnistrian cars to drive into the EU space since September 1, 2018, under a compromise reached between Chisinau and Transnistria under EU mediation.

Over 220,000 people, or about two-thirds of the citizens living in Transnistria, hold Russian passports. A significant majority have either Moldovan, Russian, Ukrainian and Romanian passports.