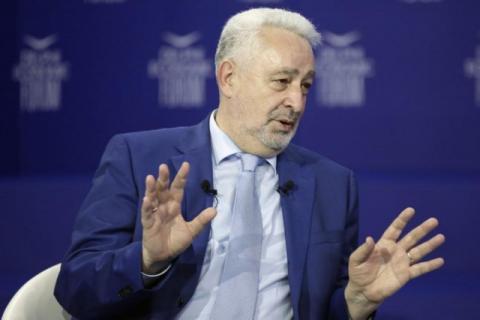 All that, as he wrote on Twitter, they are doing with the goal of calling new parliamentary elections.
"I am obliged to tell the citizens of Montenegro the whole truth about what happened and is happening behind the scenes of the Democratic Front's attack on the Government of Montenegro: DF together with DPS and its former coalition partners most directly agrees to overthrow the Government and Parliament of Montenegro with the aim of calling new parliamentary elections", Krivokapic wrote.
He said that the citizens must "be openly acquainted with the game that is being placed in the media and which will only be updated by the media in the coming days."
"But rest assured that everyone in the government and the parliamentary majority that the DF accuses of treason today is ready to defend your and our victory in the August elections at the cost of their lives. The Democratic Front has now publicly become part of the parliamentary majority with the Democratic Party of Socialists", Krivokapi stated. It should be reminded that the Parliament of Montenegro adopted the Resolution on Srebrenica last night, dismissed Minister Leposavi, which caused a new crisis in the ruling coalition.
There is a great betrayal at work in Montenegro, and at this moment there is a crisis of the government and a crisis of the parliament in the country, said today one of the leaders of the DF, Andrija Mandi.