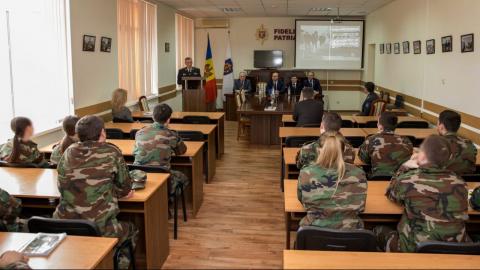 Moldova's Intelligence and Security Service, SIS, has denied any involvement in the forced rendition to Ukraine in early April of a Ukrainian judge, Mykola Chaus, who had fled to Moldova.

Chaus had been hiding from Ukrainian prosecutors in the Moldovan capital, Chisinau, since 2007. The Kyiv authorities had repeatedly insisted on his extradition.

Chaus was abducted from the centre of Chisinau on April 3 by Ukrainian special services and quickly transported across the border to Ukraine, according to RISE Moldova's investigations into the case. Sergey Smetaniuk, a military attaché at the Ukrainian Embassy in Chisinau, allegedly led the operation.

An alleged internal document from the SIS, published on Thursday by news portal Newsmaker, contains 29 names of SIS workers reportedly involved in the abduction. The leaked document is already with Moldovan prosecutors investigating the abduction.

Moldovan special services denied any involvement in the possible abduction of the Ukrainian. "The so-called document issued by the SIS, referred to in the media, is a forgery," the SIS stated in a press release.

"At the same time, investigations into this case are ongoing, and the SIS provides constant support to law enforcement bodies in elucidating all the circumstances and establishing the persons involved," it said.

Immediately after the abduction, Moldova's interim Interior Minister, Pavel Voicu, announced that a person had been detained in the case, without indicating who he was.

Smetaniuk was subsequently detained by the Moldovan authorities who asked Ukraine on April 13 to lift his diplomatic immunity, so Moldova could try him.