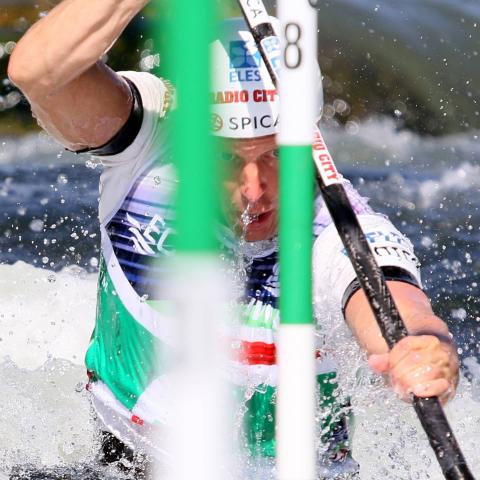 Leipzig – Slovenia’s Benjamin Savšek placed third at the second race of the ICF Canoe-Kayak Slalom World Cup in Germany’s Markkleeberg, being outperformed only by French Denis Gargaud Chanut and German Sideris Tasiadis. The other Slovenian athlete in the finals, Luka Božič, finished 10th.

Savšek, who has fond memories of the Markkleeberg venue for being crowned European champion for the first time in 2015, did not excel in the finals, yet his performance bodes well for the upcoming Tokyo Olympic Games.

“This was not one of my best runs, as I made quite some mistakes, so I’m happy I managed to win a podium result. But I’m basically happy with my overall performance here, which definitely bodes well for the future,” said Savšek, who has managed to remain a World Cup leader, ten points ahead of Slovakia’s Mark Mirgorodski.

The Work Cup will continue in Seu d’Urgell in Spain in September, to be followed by the finale in Pau, France.