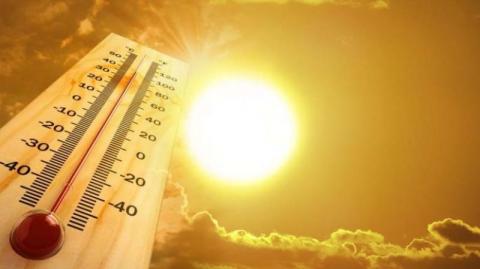 Ljubljana – Sunday marks the peak of this year’s first heatwave in Slovenia, with several more days with similar temperatures – from 30 and 35 degrees Celsius – to follow before temperatures fall a bit on Thursday, a meteorologist at the Slovenian Environment Agency (ARSO), told the STA on Sunday.

Ljubljana had the first tropical night this year – meaning the mercury did not fall below 20 degrees during the night, while some more are to come, at least in Ljubljana, he said.

The hot spell is posing considerable heat stress during the day, especially in low-laying areas in central and eastern Slovenia.

Some reprieve can be expected from Thursday to Saturday, when the temperatures will slightly drop, said Strajnar.

The likelihood of storms is currently meagre, with some short-lived storms possible in the mountainous areas and in the north-west of the country, he added.

Due to the great heat stress, ARSO issued an orange warning for entire Slovenia until Wednesday midnight, except for the north-west, for which a milder, yellow warning is in place.

Just like yesterday, the concentrations of ozone in the western Goriška area exceeded the set threshold, and can irritate the mucous membrane and respiratory organs.

People with chronic respiratory or blood circulation conditions are advised to stay indoors, while healthy people are not advised to engage in physical activities.