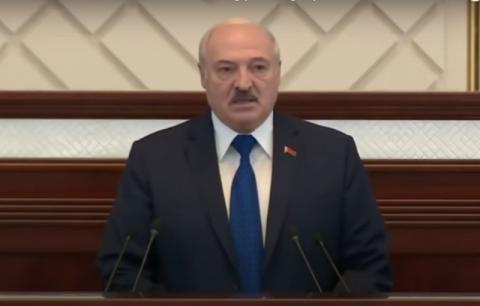 EU foreign ministers have resolved to impose their toughest punitive measures yet on Belarus, a package of economic sanctions targeting sectors that benefit the government of President Alexander Lukashenko.

EU Foreign policy top representative, Josep Borrell, announced the decision following a Monday meeting in Luxembourg, and said he believed they would "put pressure" on Lukashenko.

this is the additional response to Lukashenko regime and ongoing crackdown on pro-democratic forces.

Tensions have spiked further since the forced diversion of a Ryanair flight to detain a government critic and his girlfriend last month. The EU already sealed off its airspace to carriers from its eastern neighbour.

It is unclear exactly though, when the new measures will be implemented.

EU also imposed more sanctions on high-ranking officials and key companies, coordinating a package of measures along with the United States, Canada and UK.

In total, the EU added 78 individual names to its Belarus blacklist, plus eight institutions or organizations, taking the total to 166 persons and 15 entities.

Between them are Lukashenko's son Dmitry, Defense Minister Viktor Khrenin, other members of the government, and a number of judges.

European Union no longer recognizes Lukashenko as head of state and claims elections held in Belarus last year were "unfair".

The latest of sanctions as part of EU punitive measures are aiming to try and force fresh elections in Belarus.

Travelling To/From the Balkans? The COVID-19 Rules that Apply
David Muniz (US Embassy): We are proud to have assisted Romania in promoting the rule of law

The new embarrassment of the so-called minister of Kosovo: Wrong flag PHOTO