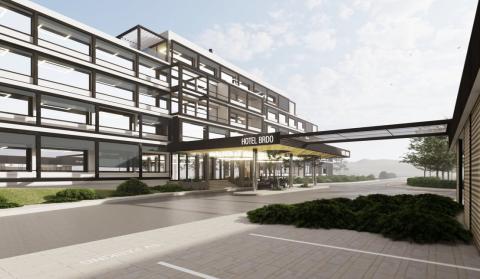 Brdo pri Kranju – What used to be Brdo Hotel at the Brdo pri Kranju estate reopened on Monday after renovation works under a new name – Elegans Brdo Hotel. The EUR 11.5 investment was finished just in time for the start of the Slovenian EU presidency.

The revamped hotel and Brdo estate will remain a tourist destination even after Slovenia’s presidency stint ends, said the JGZ Brdo State Protocol Services in a press release.

The hotel is located at the main entrance to the Brdo park, only a short walk from the conference centre, which served as the main venue of Slovenia’s first EU presidency in 2008 and will once again assume this role in the second half of 2021.

Prior to today’s official reopening of the hotel, JGZ held a reception on Sunday and a tour of the renovated premises for its employees.

The first 100 guests will be treated to special reopening prices. All guests may enter the Brdo park free-of-charge and at the weekends they also have the option of a tour of the closed-off section of the park.

The new name of the hotel pays tribute to the blue-tailed damselfly (Ischnura Elegans), which is a sign of a clean environment and is one of the 32 damselflies that call the Brdo estate their home.

The renovation works, which were done by the Koper-based construction company Makro 5, included an interior facelift, refurbishing, an upgrade of the electrical system and replacement of the roof and facade.

The number of rooms have been increased and additional balconies were built. The presidential suite has also been upgraded, as well as the restaurant, bar and reception.

The hotel had been closed since April 2019 when preparations for the renovation started. The works were initially supposed to be on a bigger scale, but also due to high bids JGZ Brdo decided in May 2020 to opt for a facelift rather than a complete renovation, which would have also taken more time.

The bids were still too high and it was only in the third call at the end of last year that Makro 5 was selected as the contractor since its bid was the most advantageous both in terms of the timeline and funds.