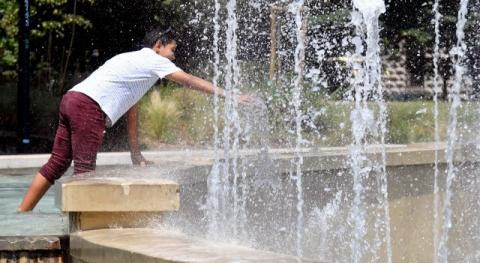 Those changes, he says, are characteristic for our climate.
According to him, the next seven to ten days in Serbia will be hot, with temperatures up to 39 degrees.
"The next seven to 10 days are real summer time, the warmest day will be Thursday with a maximum temperature between 35 and 38 degrees, and in the east up to 39," the meteorologist pointed out.
According to him, there will be a slight drop in temperature on Friday and Saturday. It is forecast to be around 32-33 degrees. Such weather is expected after the weekend. Showers are expected in some places today.
"For Belgrade, the probability is 60-70 percent, but not in all parts of the city, but local, short showers. With those showers, there will be thunderstorms in summer, which is a dangerous phenomenon in meteorological terms. Citizens who go swimming, or on trips outdoor during the afternoon should evacuate in time if their place is endangered", stated Todorovi.
According to meteorologists, it will be hot summer weather in July. According to Todorovi, the whole summer will be warmer than the average with less precipitation.
"This year, already in June, we have a shortage of precipitation, a third of the average amount of precipitation has fallen in Belgrade so far, that trend remains till the end of the month. So, it will probably continue in July, too", Todorovi states.
The meteorologist advises citizens not to be in the sun all day and to stay in the shade.