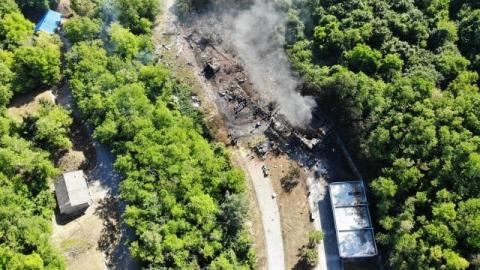 Serbia's state arms manufacturer, Sloboda, from Cacak, western Serbia, will not be working until further notice, it was decided on Saturday after an explosion injured three workers, it was confirmed to BIRN.

A town commission will determine the damage caused to nearby houses and other facilities after the explosion, the town administration told Beta news agency.

The detonation occurred on Saturday evening about a kilometer away from the production plants, causing a ground fire outside the factory perimeter.

The explosion shattered windows on one of the premises, causing wounds to three workers. One victim was taken to the local intensive care unit. The town authorities ordered the evacuation of residents living near the factory as a precautionary measure.

This was the second incident in the factory in less than three weeks. The first was on June 4, but no one was injured. Some houses near the factory were damaged. The authorities have still not determined the cause of the first incident, but said the cost of the damage was between 1.5 and 2 million euros.

Defence Minister Nebojsa Stefanovic said on Sunday that the investigation into the causes of the last explosion would likely be slow, as it is not possible to send experts according to safety procedures until any risk of a new explosion has been eliminated.

He added that experts should soon submit an analysis of the first incident, and criticized people who are, he said, using the events for political purposes, noting that from 2000 to 2012 there were 36 accidents or explosions in the arms plant.

"So that's three a year. I don't think those people wanted that, they were not happy, but it was happening," Stefanovic said on Sunday.