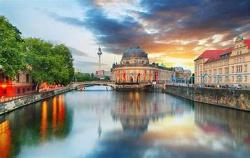 Three people have been injured in a shooting that took place in Berlin during the early morning hours, Bild reported on Monday.

The attack occurred in the city's Wedding district, the newspaper explained, adding that the victims of the shooting have been transported to a hospital.

According to the latest updates, the perpetrator still hasn't been apprehended.