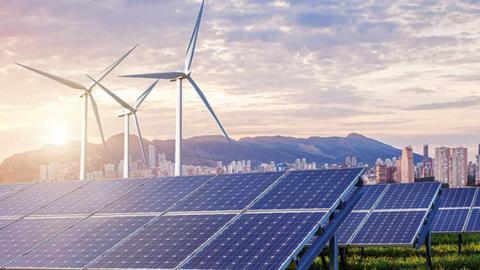 Turkey's renewables expansion, driven by hydro, wind and solar energies, places the province of İzmir as a leader in wind power and Konya as a pioneer in solar energy, data compiled by the state-run Anadolu Agency reveals.

Turkey also has a sizable geothermal capacity at 1,595 MW.

With over $50 billion investment in renewables, renewable capacity accounted for 52.5 percent of the country's total installed electricity, which at the end of April reached 92,377 MW.

Turkey's total renewable capacity, which varies across the country in terms of resources, corresponds to about 1.7 percent worldwide.

Turkey's installed hydropower capacity accounts for 3 percent globally, according to a recently published REN21's Renewables Global Status Report, and this ranges across 72 provinces at varying capacities.

However, the country ranked second in 2020 in terms of additional hydropower capacity of about 2,500 MW after China.

Artvin, located in the east of the Black Sea region, has 2,167 MW of installed hydropower capacity, while Adana in the south with 1,902 MW is considered one of the top five highest hydro-power capacity regions.

Turkey's wind power, which is expected to soon pass a 10,000 MW threshold, is concentrated more in the Aegean and Marmara provinces.