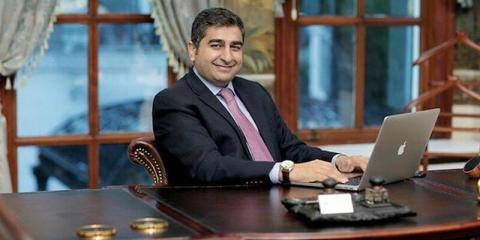 Ankara has already initiated the process for the extradition of businessman Sezgin Baran Korkmaz from Austria, Turkish ambassador to Austria Ozan Ceyhun has said.

Korkmaz, who had been sought by Turkey and the U.S. over money laundering allegations, was arrested in Austria on June 19 at the request of the U.S.

Ceyhun informed that the fugitive businessman was detained in a town some 260 kilometers from Vienna and was transferred to the Austrian capital.

"Acting on the directives from the Turkish Foreign Ministry, we started to necessary process on June 19 for the extradition of Korkmaz," Ceyhun said.

The lawyer of Korkmaz previously said that the U.S. is also seeking the extradition of the businessman.

"My client is to be extradited to and tried in Turkey. We will file our application for this to happen," Volkan Dülger said on June 21.

Korkmaz fled from Turkey in early December 2020 amid investigations by Turkey's Financial Crimes Investigation Board (MASAK) into Korkmaz's SBK Holding and its six companies over money laundering allegations.

Authorities found that Korkmaz's companies were involved in the $132 million money-laundering scheme in Turkey.

Separately, Korkmaz's business partners in the U.S., Jacob Kingston and his brother, Isaiah, the executives of a Salt Lake City biodiesel company, pleaded guilty in the U.S. over the tax credit scheme involving the Washakie Renewable Energy company, which U.S. prosecutors said was creating fake production records to get renewable-fuel tax credits, then laundering the proceeds from 2010 through 2016.