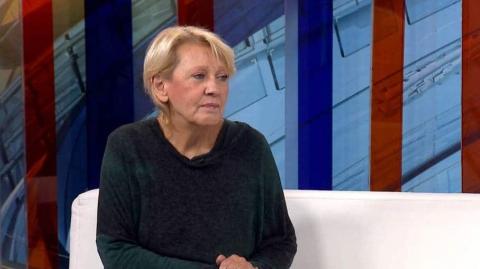 Prominent Serbian journalist Gordana Susa, who quit TV Belgrade in 1991 over its shift to uncritical support of Slobodan Milosevic and was a founding member of the Independent Journalists' Association of Serbia, NUNS, has died after a long illness, NUNS announced on Tuesday. She was 75 years old.

Susa began her journalism career in 1970, when Serbia was part of socialist Yugoslavia, working for Radio Belgrade and TV Belgrade. She quit the latter in 1991 as Yugoslavia began to unravel in war, frustrated by its increasingly unquestioning support for Serbian leader Milosevic.

Susa moved to Sarajevo, joining the news channel YUTEL under the auspices of the then Federal Executive Council of Yugoslavia and the reformist Yugoslav prime minister, Ante Markovic.

YUTEL did not survive the outbreak of war in Bosnia and in 1993 Susa founded VIN as the first independent production company in Serbia.

"Aware of the disastrous influence of state media and the great influence of television, as the most powerful media, we devised an alternative way of informing," Susa told Serbian magazine NIN in 2000.

"We started during the war, so our primary goal at that time was to break through the information blockade," she said.

"We were the first to bring TV stories about the war in Croatia and Bosnia, stories about other republics, as well as a story about 'Storm' at a time when it did not suit the state," Susa said, referring to the 1995 Croatian military offensive that swept aside a Belgrade-backed rebel Serb statelet and effectively ended the Croatian war.

According to NIN's 2000 report, by then VIN productions had been broadcast by 27 television stations.

In May 1994, Susa became a member of the first executive board of NUNS,...